**************************
It was three years before his ship returned and he again drew near the island. Eagerly he looked up and down the shore for signs of a welcome from his people. But only the washing of the waves on the beach and the stillness and gloom of the dense forest greeted him. Not a person was to be found. His little granddaughter, her parents, and all the colonists had disappeared. The huts were deserted. Not a sound was to be heard but the cry of the birds and the moaning of the trees. On a tree were cut a few letters. Was it the name of some place to which the people had moved? Poor John White! He never found out. Heart-broken, he turned his ship back to England. Not a trace of this lost colony, not a trace of the little babe, Virginia Dare, has ever been found. (End)
************************** 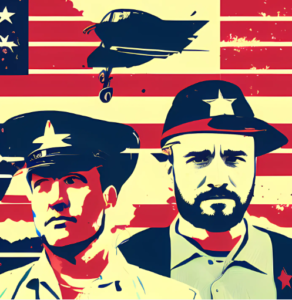 ******************************
After Columbus discovered America many ships from Spain, France, and England sailed across the sea, bringing settlers to plant new homes here. Spain took possession of Florida; France of Canada; and England claimed all the land lying between Canada and Florida, and called it “Virginia.” The English sent over a shipload of one hundred and fifty settlers, who landed on the beautiful island of Roanoke. When their rough houses were built and the people had planted their fields and the colony seemed prosperous, Governor John White resolved to return home to report their success and to bring new provisions for them. He did not like to leave because unfriendly Indians roamed about, and besides, there was a little baby girl, his granddaughter, named Virginia (who was the first English child ever born in America), whom he did not like to leave. But the people needed provisions, and so the brave man sailed back to England. (to be continued)
****************************** 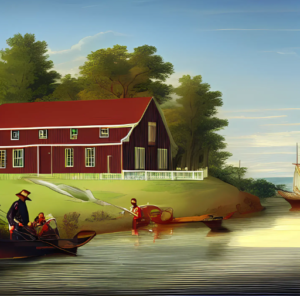