************************
Once a poor slave who was treated cruelly by his master ran away into a forest and hid in a cave. Soon he heard a dreadful roar and saw a lion limping as though his foot hurt. Androcles went close to the lion and saw a sharp thorn was piercing the lion’s paw. He quickly drew the thorn out, and the lion began jumping about him like a kitten, licking the slave’s hands and feet. Androcles and the lion became warm friends and lived like brothers, sharing each other’s food until one day the slave was caught and taken back to his master; and the lion was caught and put into a large cage. In those days any slave who ran away from his master, when caught, must fight a lion kept several days without food. So when the next holiday came, Androcles was put in the great arena with thousands of people crowding its seats to see him die. (To be continued. From (To be continued. From The Project Gutenberg EBook of “World Stories Retold for Modern Boys and Girls”, by William James Sly) )
************************ 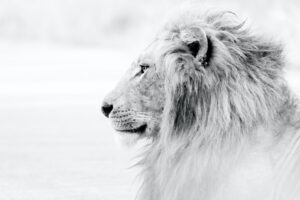 ********************
Ask anyone involved with English literature: “Who is the greatest writer?” and you will undoubtedly hear one name mentioned — William Shakespeare. Although Shakespeare died over 406 years ago, his thirty-seven plays are still valued and loved today. Why? Part of the answer lies in the fact that Shakespeare dealt with timeless problems that continue to concern us, such as prejudice and parent-child conflicts. Two of Shakespeare’s best-known plays tackle the ugly and still unsolved problem of prejudice.

Shakespeare’s plays are deservedly popular. They contain many colorful characters, beautiful poetry, and action-filled plots. Shakespeare’s uncanny ability to focus on problems that are still current today also adds to the continuing success of his plays. (from “Classic English Essays “ )
******************** 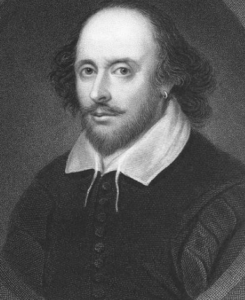